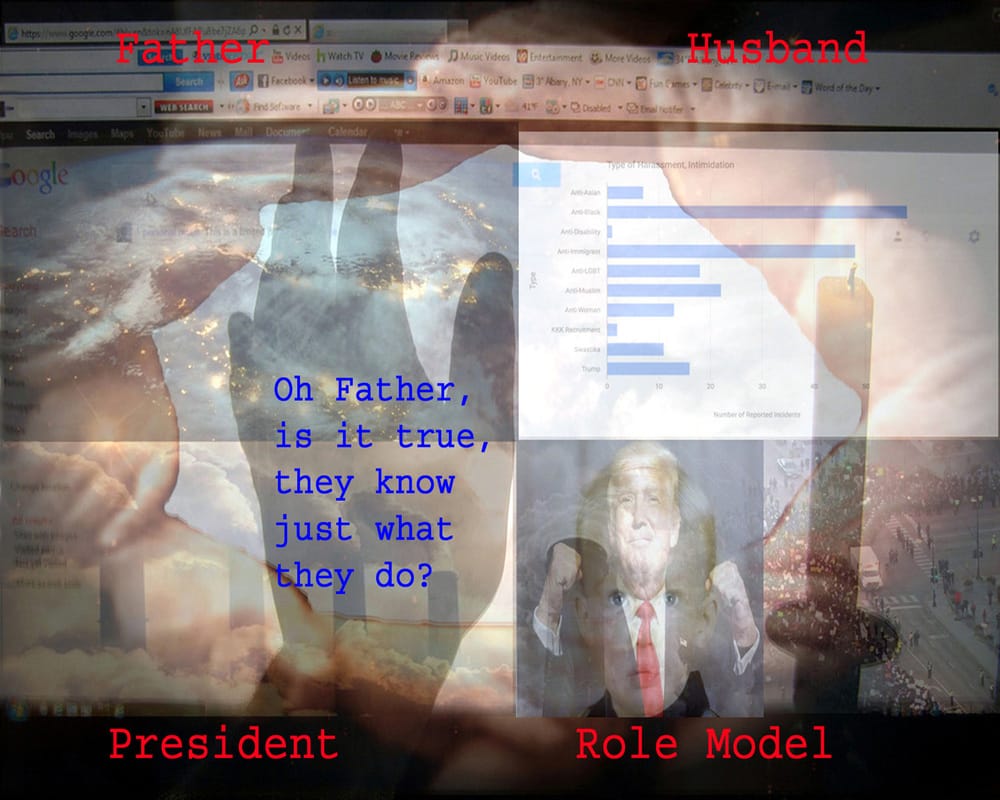 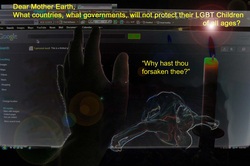 Tired of global abuses against LGBT people?
Please consider sending/posting a
postcard.
http://www.artpostcard.com/postcard/1027_803245/postcard-for-humanity-message-from-stephen-mead.cfm
Or feel free to right click on image(s) on this page, & choose "save as".

In the Fall of 2013 this page was begun as a way of expressing solidarity with
the LGBT People of Russia.  The SOCHI 2014 Olympics are over but unfortunately international oppression of LGBT folks remains prevalent.  The impetus to encourage others to fight such oppression has been building for quite some time.  Recently I came across an email I sent to IGLHRC, The International Gay & Lesbian Human Rights Campaign,  http://iglhrc.org/  in regards to a case against Tionge Chimbalanga Kachepa and Steven Monjeza Soko , two men in Africa.

Sent: Sunday, May 23, 2010 11:27 AM
To: mmbaru@iglhrc.org
Cc: mferreyra@iglhrc.org; iglhrc@iglhrc.org
Subject: For Tionge Chimbalanga Kachepa and Steven Monjeza Soko
Dear IGLHRC:
In 2007 I released a Google video, "Mercy, Mercy, Mercy" documenting the international laws against homosexuality. Three years latehttp://www.humandignitytrust.org/r I wrote this essay as a different take on the same subject matter as a way of sharing in the International Day Against Homophobia, May 17, 2010.

(The link to the 2007 Video, "Mercy, Mercy, Mercy" now on YouTube can be found here:  http://youtu.be/9twPWRsuQ8I with the following statement:

"But what can one person do?," is a question so many of us ask ourselves when faced with atrocities in the world. The artist, Stephen Mead, is no exception, and with this film he attempts giving witness to some of those atrocities, attempts to give them a voice. Woven like a thread of hope amid images of torture and hate crimes victims, are digitally re-conceived reels of whirling dervishes and Buddhist monks. The message of the film is stark, but also one which recognizes what solace is in the words: keeping faith.)

Pre-internet days I recall writing Letters for Prisoners of Conscience  via Amnesty International, http://www.amnesty.org/ , an organization as vital as ever.

So, please send or re-post a postcard.  It only take a few minutes and shows others around the world they have not been forgotten.  It is important to bear witness, to be aware, and hopefully one day a web page such as this can be viewed as an historical artifact since all citizens of this planet will ultimately have evolved to take care of one another and the earth.

January 2015:  Just learned of another Postcard site with a good mission, please visit:  http://postalatry.blogspot.com/2014/05/postcards-for-humanity.html
in addition to  http://www.postcardhappiness.com/postcard-happiness-project/ 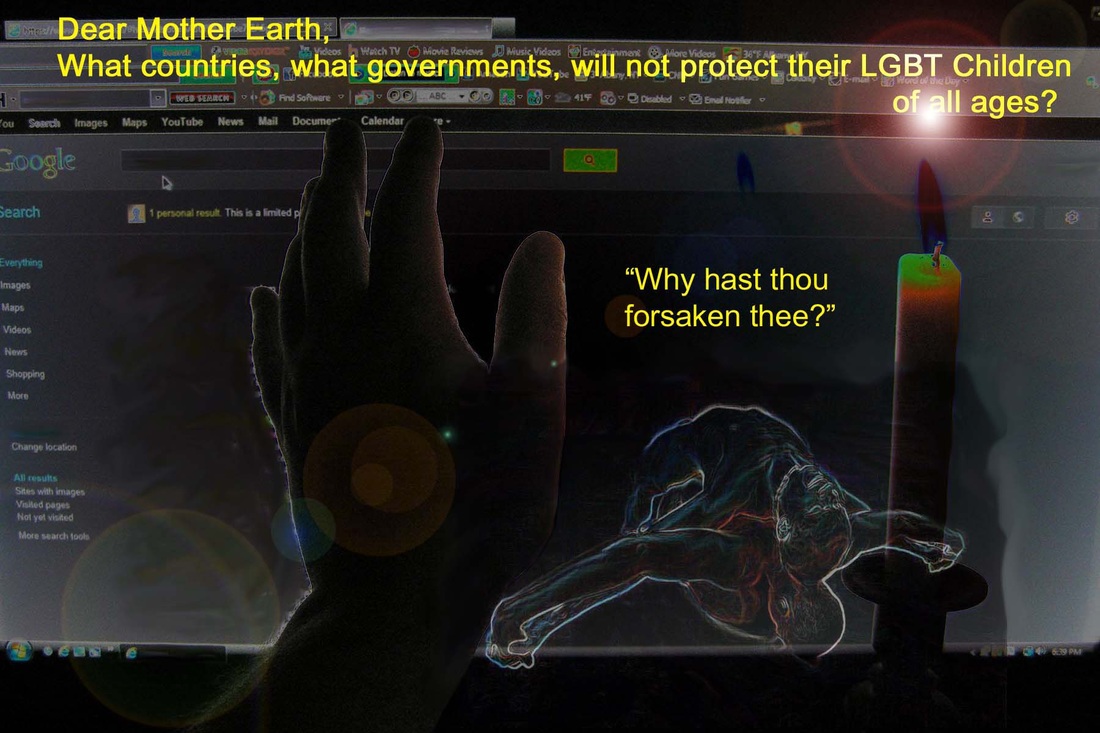 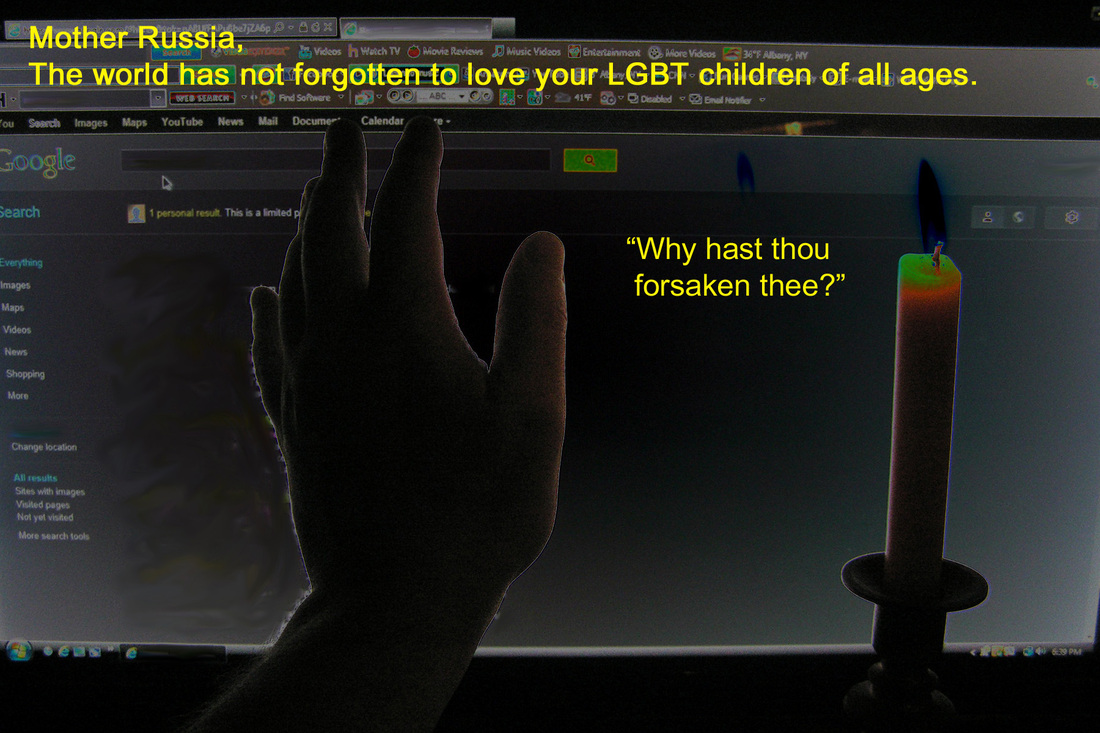 Since putting up my "Postcard for Humanity" card I received word that the system did not work for sending it. You may also try this link (copy and paste) http://en.artscad.com/A.nsf/Opra/SRVV-9H4E53Click on envelope symbol at the bottom of the message.

I have also received some valid angry criticism that posting these postcards is a waste of time but I feel if one person of the lgbt community who is being persecuted, might see this postcard out there somewhere... perhaps that person will feel less isolated and hopeless, at least for one more moment of the day. To my critics I say: I am not a god who created hatred, brutality and
persecution, nor do I have the power to stop them on my own, nor am I rich, famous or have global political clout. I am just a human being trying to "do no harm", and let my heart and soul guide me into not remaining silent in the face of the atrocities in the world.


CHICAGO - Truth Wins Out announced today the launch of its new Center Against Religious  Extremism (TWOCARE.org), which aims to hold America's Religious Right accountable for promoting theocracy at home and shipping its dangerous brand of hate abroad. TWOCARE commenced today with a $100,000 matching grant from philanthropist Henry van Ameringen.
"If you're like me, you are tired of American extremists literally getting away with murder from Uganda to Russia," said Truth Wins Out Executive Director Wayne Besen. "The Center Against Religious Extremism is designed to monitor, counter, and ultimately serve as a bulwark against an ignoble enterprise designed to drag the world back into the Dark Ages."
The Center's initial report, released today by TWOCARE researcher Bruce Wilson, will focus on "The Gathering," an annual event where the Religious Right's philanthropic community doles out upwards of one billion dollars in grants.
"Money distributed at The Gathering drives the culture wars, deepens America's political divide, and bankrolls the export of hate aboard," said Bruce Wilson, Director of TWO's Center Against Religious Extremism.
The critically important work of TWOCARE will:

"The Center Against Religious Extremism hopes to place a floodlight on the nefarious activities of our foes, so these dangerous zealots can be singled out and held accountable," said Truth Wins Out's Associate Director Evan Hurst.

Please consider a tax-deductible contribution today to Truth Wins Out for our new Center Against Religious Extremism. For every dollar you give, philanthropist Henry van Ameringen's foundation will match it up to $100,000. 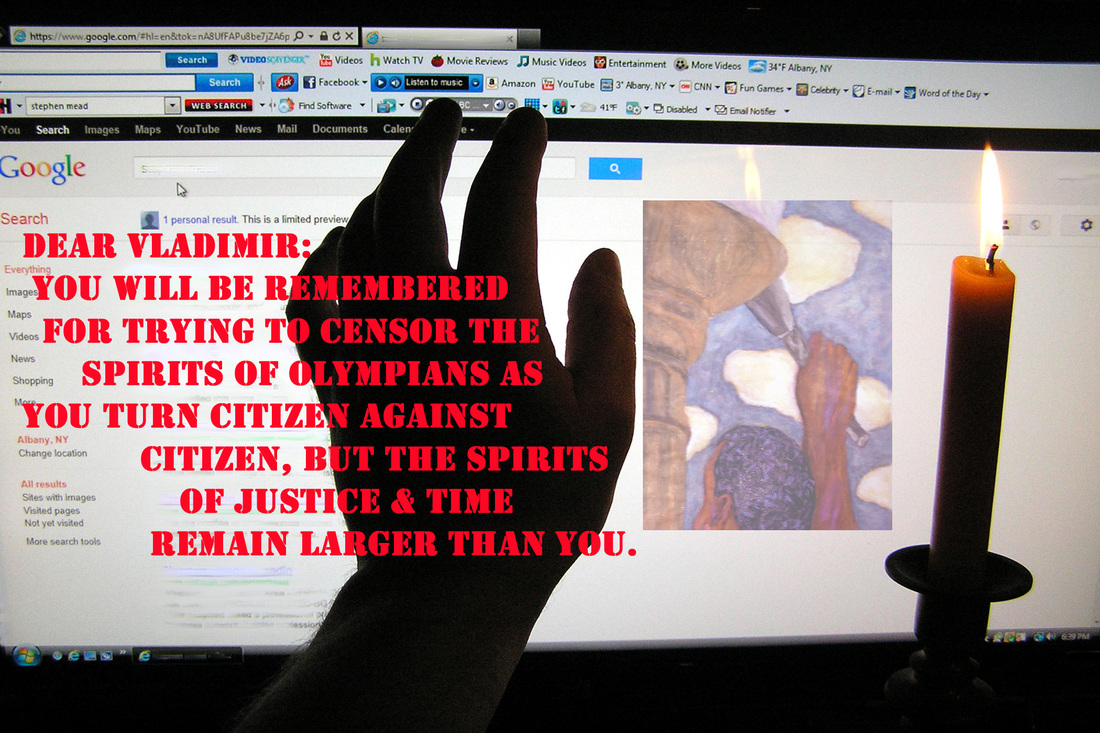 The Original Postcard to Putin Page: 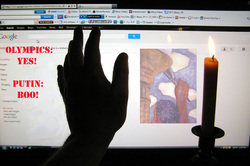 If the enclosed images “strike a chord” with you consider posting or passing on.
(Just right click on image, choose "copy", "paste" or "save as".) This would be
very helpful especially if you have international friends via your online
network(s).

My hope is that the more people who take an interest, (perhaps being inspired to
make postcards of their own; even setting up another “Postcards to Putin”
website), the more the message will be sent to Putin that even though he has a
position of power, the consensus is that he fosters the abuse of human rights,
and all of us who may not be in positions of power to do something about this, can still make a statement, an appeal to his conscience, that he is encouraging bad things to happen to others and, ultimately, doing wrong.

Since my initial posting of this image I have heard from a lovely person named Jessie G. over at Change.org. She provided
me with the following helpful links:
http://loveletterstorussia.tumblr.com/
If you are on twitter we are@LoveLtrs2Russia
Change.org:https://www.change.org/petitions/love-letters-to-russia-send-a-post-card-to-president-vladmir-putin-end-russia-s-anti-lgbt-law
Tumblr:http://www.tumblr.com/blog/loveletterstorussia

Apparently, in addition to a petition she began, she has been working on the active sites above hoping to at least let the LGBT people of Russia know that others are keeping them in their thoughts and prayers.

To contact Putin online visit http://eng.letters.kremlin.ru/ though I have a discouraging sense that the art/message would just get chucked.

My sentiment is that if we can make art and at least post it online so it is out on the World Wide Web where anyone can see
it maybe that will bring some hope to the LGBT people of Russia (and elsewhere).

Here is President Putin’s mailing address should anyone like to write to him:
Mailing address:
Mr. Vladimir Putin
President of the Russian Federation
23, Ilyinka Street,, Moscow,
103132, Russia

As Jessie G. writes on her Change.org page, “It only takes a few minutes to send a postcard. Remember that Russia has very harsh penalties against GLBTQ “propaganda” and you should avoid using the names of your Russian friends and family so we do not
cause them any additional hardship. Also, check your postage rates. It’s $1.10 to send a standard sized international postcard or letter from the U.S.“

Want to send the work as a free online postcard?
Visit:  http://www.artpostcard.com/artist/8755/stephen_mead.cfm

If you are able to attend the Olympics please check out the Hand Holding
Initiative:


Illustrators in Support of Gay Rights in Russia: 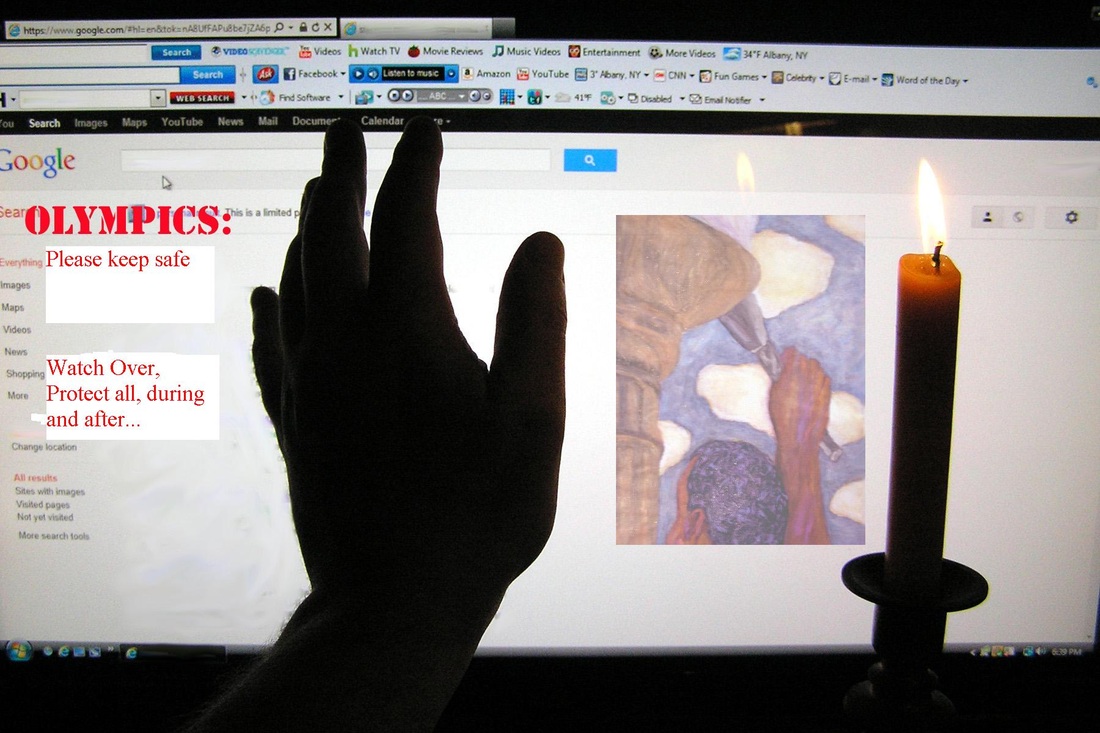 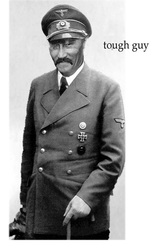